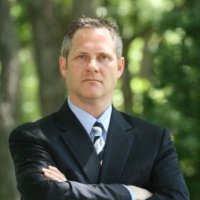 Dallas DWI lawyer, Murray L. Bristol, has been trained by experts who are certified by the National Highway Traffic Safety Administration in Standardized Field Sobriety Tests (SFST). This training gives him an in-depth understanding of the process and the facts that police officers look at when determining whether to make a DWI arrest.  He provides representation for individuals who are facing serious criminal charges like DWI.

Murray previously acted as the chief felony prosecutor as an Assistant District Attorney for the 34th Judicial District Attorney’s office.  During this time he prosecuted George Rivas and put him in prison for 17 life sentences.  Rivas later escaped and was the ring leader of the notorious “Texas Seven.”  Bristol has been practicing criminal defense for over 26 years and knows how to defend his clients against criminal charges as he has tried over 150 trials to verdict.

Murray Bristol has represented high profile cases which were covered by the Dallas Morning News, USA Today, El Paso Times and Sport’s Illustrated.  He has also been interviewed about his cases by ABC News, Wall Street Journal and Dateline NBC. Murray is licensed to practice in Oklahoma and Texas, and also in the United States District Courts in the Western and Northern Districts of Texas and all US District Courts in Oklahoma.

Murray L. Bristol earned his BBA degree in entrepreneurship and finance from Baylor University, and was named to the Dean’s List.  He obtained his Juris Doctorate from The University of Tulsa College of Law where he was also a member of the Dean’s Honor Roll and the Energy Law Journal, and also studied law at The University of Oxford, Queen’s College in England and SMU Dedman School of Law.